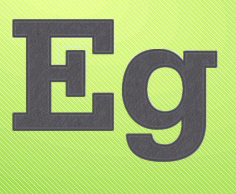 Today, Adobe released the Public Preview version of Adobe Edge. A software that will allow designers to add animations that are similar to those from Flash into their website by incorporating HTML5 + Javascript + CSS3 together.
I couldn’t resist my curiosity and right away decided to download a copy of the preview version to try it out. I can tell right away that the user interface looks very easy to use if you are already familiar with Flash.
I immediately began to test it on a website I was making and although I don’t think I will end up using it for this particular website, I’m pretty sure I will be one of the first ones to buy this software once Adobe releases a complete version.
Do I think Adobe will replace Flash with Edge? I don’t think so. At least not for the time being.
Adobe Flash still packs a lot of power and great features for animations and interactivity, but no one can deny that the world is becoming more mobile every day. More and more designers are having to re-design and code their designs in order to make them more accessible to mobile devices.
When I say “mobile devices” I don’t just mean a few guys visiting websites from a blackberry to see how it looks. I’m actually talking about millions of people around the world visiting their favorite websites from their tablets and their smart phones like iPhone, Androids and Windows mobile phones.
This is the reason I decided to drop Adobe Flash and began learning and using tools that can add interactivity and design features that are compatible with any device and desktops alike. You can read more about this here.
Just a couple of days ago, I read on Cnet news an article titled “Apple wins global smartphone crown, Nokia now 3rd.” What this means is that the use of Flash to design websites will not only become obsolete one day, but it had already become unpractical if you are to target the new generation of web surfers.
Let’s not forget the finger-pointing game that Adobe and Apple were playing jut a few months ago when Apple announced to the world that their mobile iOS would never support flash. It’s a shame. I really liked Flash and the fun I had with it, but we all have to move on. Just like Adobe did with Edge. 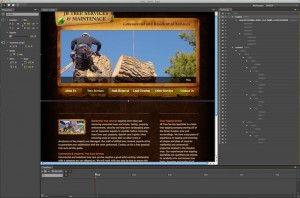 What are the benefits of Adobe Edge?

Right away and after just a few minutes of using Edge, I can say that I love it!
Like I mentioned before, you will not only design Flash-like animations that will be compatible with all the standard browsers out there (I don’t know about “hard-head” Internet Explorer), but at least all of the popular mobile devices will be able to display your designs.
It will also inspire more creativity and it has the potential of becoming one of the most important software for designers.
This is not to say that you must have Adobe Edge to add nice but highly supported content to your sites. After all, you don’t need to have Adobe Edge in order to use HTML5, Javascript and CSS3 to design websites. There are ways to do design like this and I had already designed several sites with this type of content, but I’m not afraid nor embarrassed to admit that if I can have a tool that can make my life easier by doing the dirty work for me. I will adopt it, love it, kiss it and light a few candles to it now and then.
Let’s see what the Adobe team can come up with. They promised frequent updates of functionality and tools, but I can tell this is the software I was dreaming to have one day.

This site uses Akismet to reduce spam. Learn how your comment data is processed.

Starting up with 3D Models

Ever since Google Earth included the 3D...

Color Pictures out of Black and White

Sencha, the company known for their Ext...

Last weekend I assisted to the Fifth Yea...